The village seal dates back to the first half of the 18th century. It consists of a five petaled rose with leaves in an oval surrounded by the words: PECZET P OBCI D KATERZINIC which translates, “SEAL OF THE VILLAGE OF KATERZINIC.” This seal is displayed on most promotional materials, such as postcards or on the front page of municipal letters. 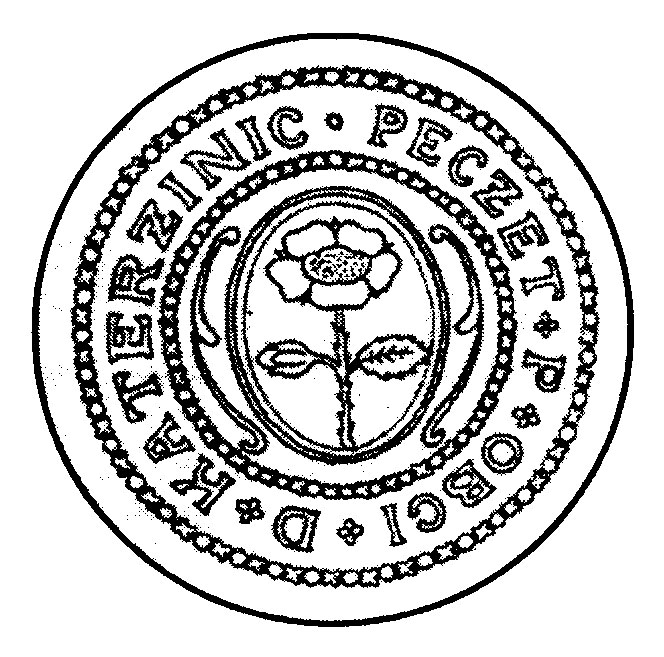 In 2001, the village was given the emblem. There is Catherine of Alexandria, two roses, a part of a wooden wheel and a sword on it. The same symbols are on the flag. 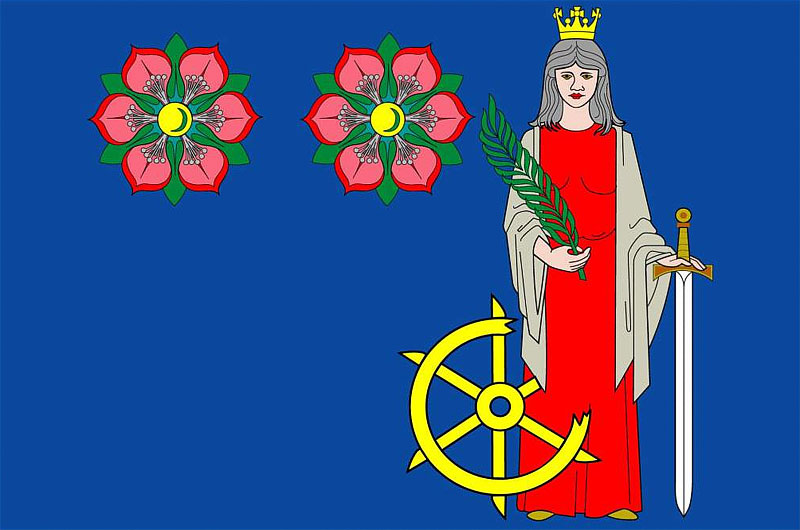