Monument At the Partisan 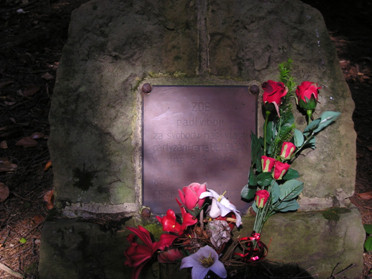 There is a monument called At the partisan on a hill Ojičná, near a hiking trail. A partisan Francois Wasteels, known as Franta Belgian, was killed there on the 8th March 1945. After that this place was called “At the Partisan”. At the place where he died, was originally erected a wooden cross. After some time, the place overgrew with bushes and was not clearly visible. That is why the members of the Association of Antifascist Fighters built a new monument. It was not built at the original place, but about 50 m north of it, more closely to the hiking trail. 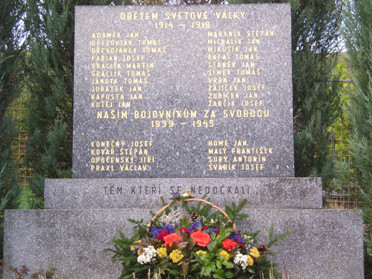 Next to the primary school, there is a memorial monument to the victims of the First and the Second World Wars. It was unveiled on the 29th September 1946.

Memorial plaque to the teachers 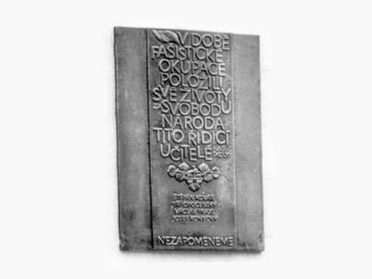 On the school building, there is a plaque honoring the memory of Kateřinice´s teachers who were killed during the German occupation. The plaque, unveiled on the 14th May 1972 honors Štěpán Kovář, Václav Praxla, Jiří Opočenský a Josef Konečný